skip to main | skip to sidebar

Silence doesn't always mean that there is nothing.

Excluding the Or Nué post, I have been silent for a long time now, but I have not been idle. I have made a pouch for a friend and some smaller works, but mainly I have been concentrating on my family, studies and one bigger project. I have read and researched and read and researched for my dream project for a couple of years now. I have slowly been collecting the materials for it and early this year I finally decided to climb the mountain and started the stitching project.

I don't have much to show you at the moment, since there has (again) risen a need for a couple of smaller projects that will disturb the bigger one, but there has been some progress. I don't expect this work to be in a wearable condition for at least a couple of years, so there will not be much to share yet, but eventually there will. And what am I making? A Byzantine Garb.

Here is a sneak peek of the first stages of the first embroidery, first of the two clavii on the shoulders. Silk on silk, the pattern was first traced on the silk with a charcoal stick and then stitched with red thread for durability during transport. The pattern is based on an excisting Byzantine silk brocade fragment in the Vatican (Museo Sacro: Hunters on foot silk, M40). 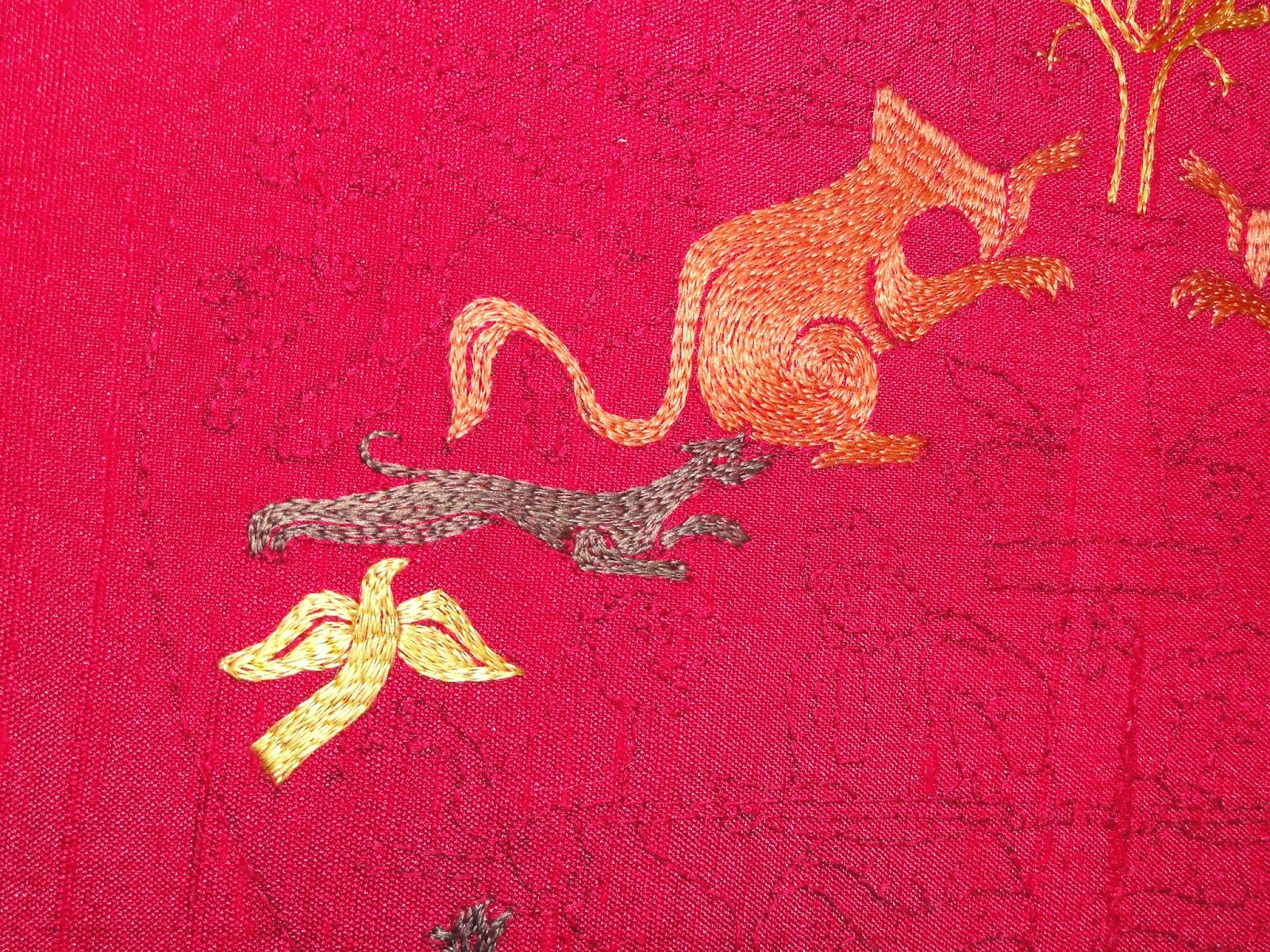